The creative fortnight is something we three artists try to do at least every year. We clear the calendar of meetings and other projects getting into our heads and cut loose. We make ourselves unavailable so we can be totally available to each other. The idea is to reflect back and look forward, on projects, strategy, how we are working, ideas that got away, and ideas that are bobbing underneath – even if they are not landing and housed.

What do we actually think about specific pieces of work? Are we doing the things we want to be doing? Looking each other in the eye and having casual chats about what we are interested in doesn’t come up as often as you might think and this time gives us a clear moment to chew the cud.

So this week we have been talking about distilling ideas and Heather and Ivan Morison’s latest AR work, what’s going on for us personally, TikTok, Twine, how comms and Cat Royale work together as one, ethics, money, etc. Nick has just taken us through the latest version Twilio (an interactive design platform we have used for a few projects in the past).

We have looked at a couple of Netflix’s interactive projects because Matt asked for his data report from Netflix which included every decision he had made when watching/interacting with Charlie Brooker’s Bandersnatch.

We came across an early video test from Spit Spreads Death: The Parade. We wanted to see how our illuminated sculptures would cast their light and so we tested with Paul and Maxine walking down the road at night.

We also discussed how Dickens used to release 20 parts of a work – one part each month – with the last release being a double issue including a title page so you could get the whole book bound as one volume. There was advertising in there too – he was a hustler as Matt says and a really interesting format/forerunner for a series, building audience anticipation. 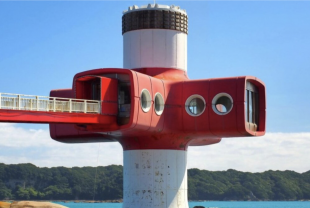 Spit Spreads Death: The Parade
A Cluster Of 17 Cases: Installation
Bloodyminded
Gift
My Point Forward
2097: We Made Ourselves Over
Operation Black Antler
Branch
My One Demand
Karen
Too Much Information
Act Otherwise – The Invisible Hand: On Profiling and Personalisation
Blast Theory
Dial Ulrike And Eamon Compliant
The Thing I’ll Be Doing For The Rest Of My Life
Act Otherwise – Art and Ethics
Hurricane
Stampede
Blipvert
Kidnap
Can You See Me Now?
Uncle Roy All Around You
I Like Frank
Day Of The Figurines
Rider Spoke
Prof Tanda’s Guess-A-Ware
Gunmen Kill Three
Desert Rain
Ivy4Evr
A Machine To See With
Riders Have Spoken
Fixing Point
Blast Theory Bless Practice
Ulrike And Eamon Compliant
I’d Hide You
Skip to content