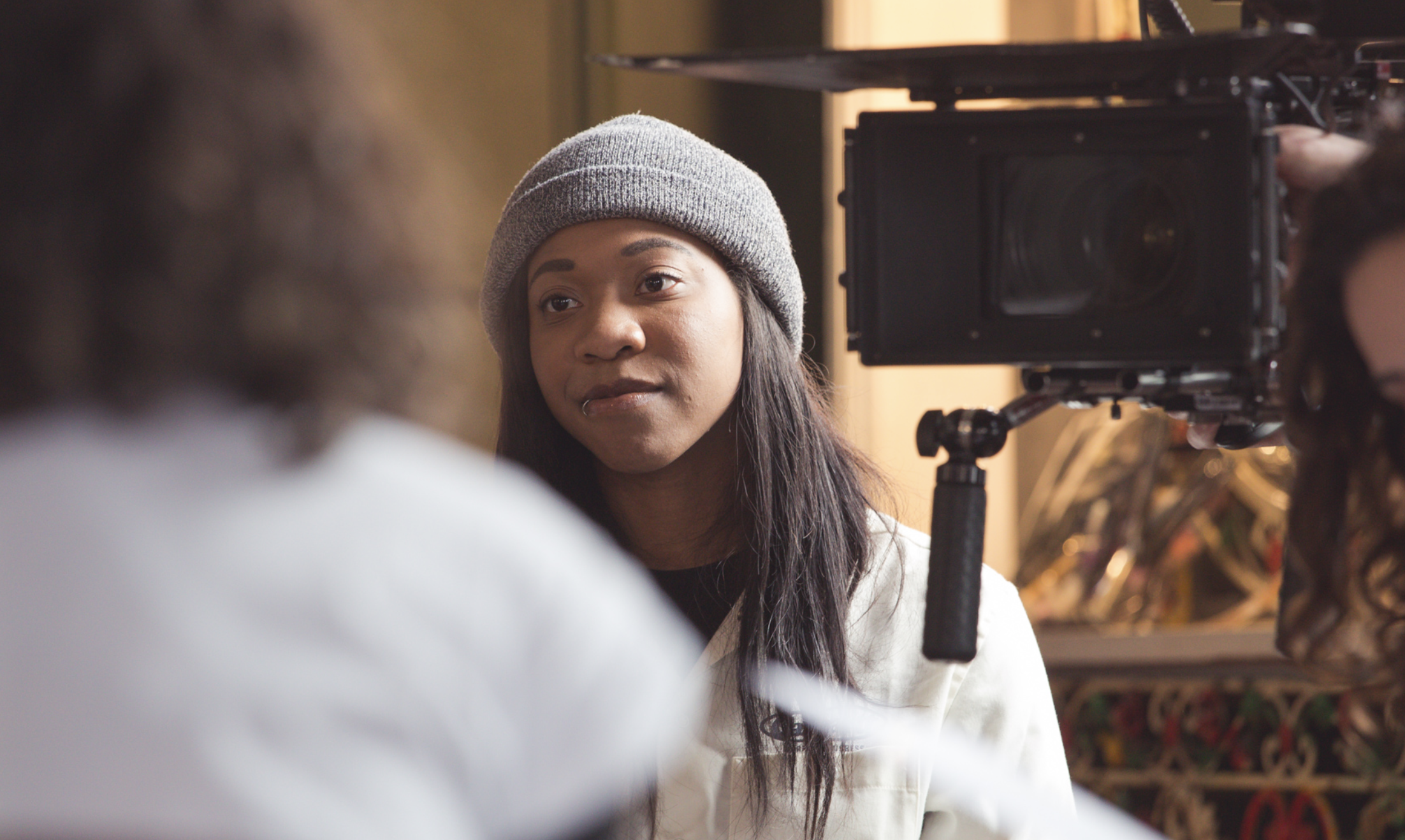 This week we are welcoming our new resident Nosa Eke, a writer/director working in traditional and interactive storytelling.

Nosa attended the National Film and Television School (NFTS), and received a scholarship from the Royal Television Society and Sky while studying. At the NFTS, she finished her digital series The Grind, which went on to screen at Underwire Festival and East End Film Festival among others, as well as the Sony Pictures Entertainment studios in LA, Picturehouse Central and Genesis Cinema.

During her time at Blast Theory she will be focusing on her AR fiction feature film, The Young and The Dopeness. As part of this, she will investigate how using emerging technologies and available platforms can build a new, non-linear, feature film that welcomes audience participation, aiming to use a mix of film and web native art forms that utilises a real world element as the catalyst to enable the creation and consumption of story.

She is also interested in the crossover of a number of different communities present in the films storylines so will be gathering data sets from these groups and to inform the AR prototype of the feature film.

It really is great to have Blast Theory to bounce ideas of off and soak up some knowledge from them as they’ve been working in the immersive and interactive spaces for a long while and have a unique insight into how things could be done. This residency will give me a chance to put all of my energy and focus into this stage of the project, really honing it’s development.

Nosa is currently writing an episodic series on the Amazon Alexa for the BBC and has an interactive feature film in development with VR studio Marshmallow Laser Feast. Her short film, Something In The Closet, is due to shoot in June, funded by the BFI and Film London.

See more of Nosa’s work on Vimeo and Twitter, and check out her Blast Theory residency profile.