It’s 2097. The city is on the cusp of a new century. You decide where to go next. The clock counts down. One minute to go. Ten seconds.

In five short science fiction films – each accompanied by an interactive film for smartphones – and through live events across both Hull and Aarhus, 2097: We Made Ourselves Over explores the belief that everyone has the power to act and influence the future, uncovering the unnerving and exhilarating idea that anything is possible.

Across the city, a chorus begins. Phone boxes ring inviting you to answer. At the end of the line, a voice asks who you are, and a character from 2097 asks for your help.

In Hull on October 1st every phone box across the city will ring. Pick up the call and watch as a future world is revealed in city wide screenings and on your mobile – giving you the chance to experience face to face encounters in an unforgettable journey to 2097.

Live in Aarhus blends audio, installation and interactive experiences, exploring your vision of the city and your role in shaping its future. As scenes, sounds and fragments from the past shift and dissolve in front of your eyes, you’re invited to reimagine your city and witness a world 80 years from now.

Learn more about the project and sign up to receive alerts at the We Made Ourselves Over website. 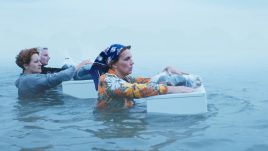 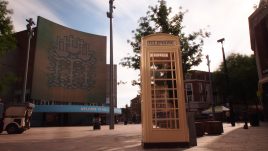 See our new exhibition at the Museum of London
Related Content