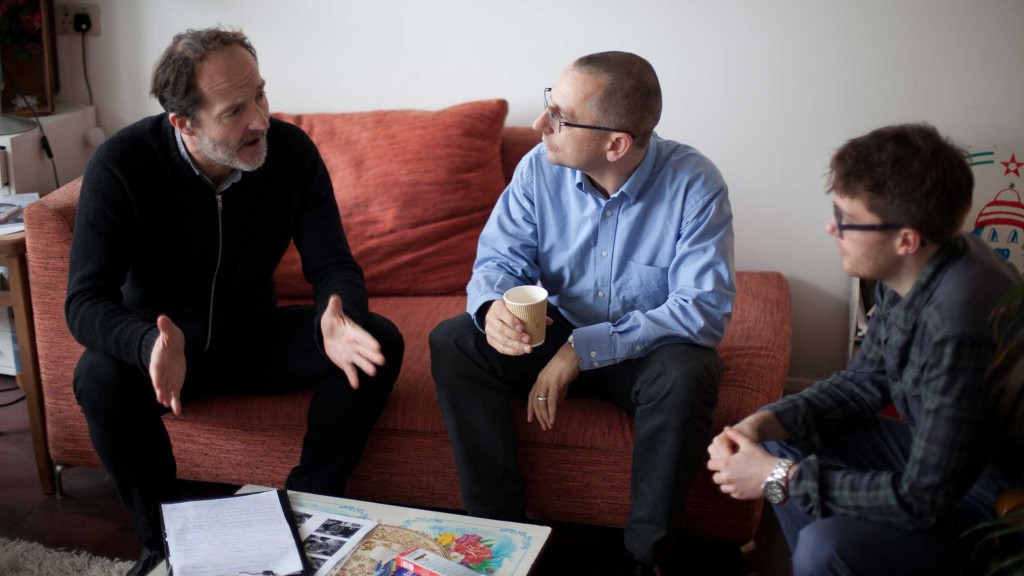 In 2012 we began collaborating with fellow Brighton based company Hydrocracker. Led by Jem Wall and Richard Hahlo, Hydrocracker have produced a number of compelling site specific theatre pieces. New World Order was a fantastic production in Brighton Town Hall and Shoreditch Town Hall that mixed several Harold Pinter plays; the audience began above ground in a press conference and slowly descended into a basement of interrogation and torture.

We worked together, in collaboration with director James Dacre, to develop a production of Shakespeare’s Julius Caesar that would be site specific and highly interactive. Unfortunately after 18 months of sweat and toil we weren’t able to find a form for that project that satisfied us all.

Instead we switched our attention to a new project. This time it was an article of faith for us that we would begin practical work at the earliest possible opportunity and create small tests as soon as we had something that could stand on its own two feet. Blast Theory and Hydrocracker share a set of social and political concerns and an interest in how you might approach documentary source material became a constant thread in our discussions together. 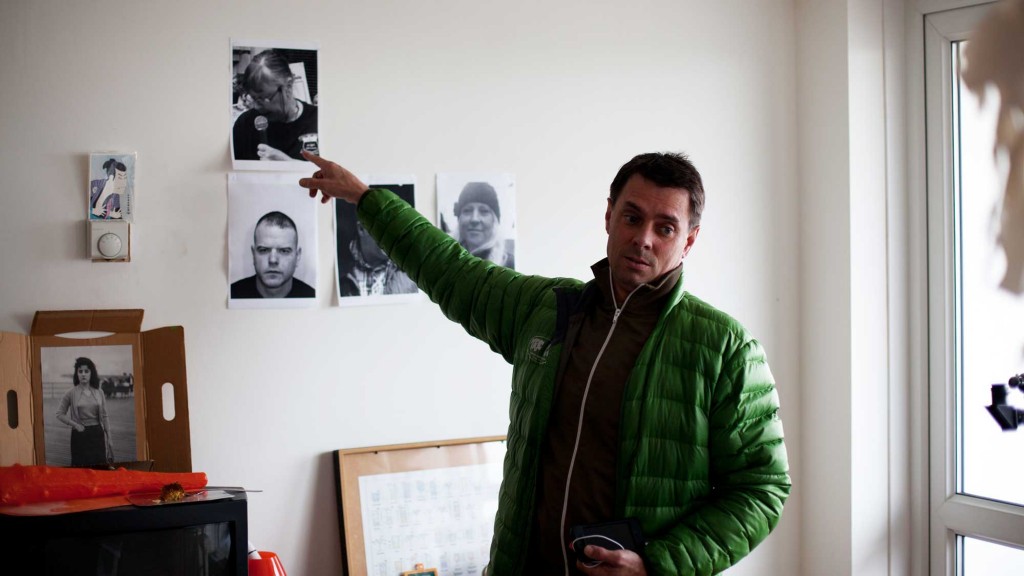 Over the summer we began to look closely at the history of undercover policing over the last 20 years prompted by the revelations over recent years of police officers going deep undercover in protest organisations – predominantly left wing causes, predominantly peaceful organisations – and acting not only as observers but as agent provocateurs. Not only working politically with people they were surveilling but also befriending them, building sexual relationships with them and in some cases having children with them.

At the same time we are at a time of increasing tension and discussion about migration. The English Defence League, Britain First and the UK Independence Party have all strongly focused on immigration with a particular focus on Islamic migrants. We are looking to develop a piece that can engage with these ideas, understand them and critique them.

In a very rapid series of conversations over 45 minutes or an hour an idea came to us to create a piece of work in which each member of the public is invited to take on the identity of an undercover police officer and attend a gig in aid of a far right splinter organisation.

One thing that struck us in the source material on undercover policing is the schizophrenic nature of going undercover. As an undercover officer only you know what it is like to be immersed in the culture and customs of the organisation that you are surveilling. And only you know what it is like to step completely out of that world and return to your own family and the police environment. You straddle two worlds and are attempting to function and to remain psychologically coherent in both of them, surrounded by people who understand very little or nothing of what you are going through.

True to our word, we have just tested our idea at the first opportunity. We invited a small group of guests – including two members of Our Friends Electric – to come to a secret location in central Brighton, to travel to the top floor of a tower block and over 45 minutes be briefed about the far right gig by three plain clothes officers and build up their own undercover identity.

The feedback we had was incredibly helpful and fantastically positive. Now we’re looking for the support and environment that we need to realise this project, which has a working title of Operation Black Antler.

Spit Spreads Death: The Parade
A Cluster Of 17 Cases: Installation
Bloodyminded
Gift
My Point Forward
2097: We Made Ourselves Over
Operation Black Antler
Branch
My One Demand
Karen
Too Much Information
Act Otherwise – The Invisible Hand: On Profiling and Personalisation
Blast Theory
Dial Ulrike And Eamon Compliant
The Thing I’ll Be Doing For The Rest Of My Life
Act Otherwise – Art and Ethics
Hurricane
Stampede
Blipvert
Kidnap
Can You See Me Now?
Uncle Roy All Around You
I Like Frank
Day Of The Figurines
Rider Spoke
Prof Tanda’s Guess-A-Ware
Gunmen Kill Three
Desert Rain
Ivy4Evr
A Machine To See With
Riders Have Spoken
Fixing Point
Blast Theory Bless Practice
Ulrike And Eamon Compliant
I’d Hide You
Skip to content