Karen is one of five projects to be featured at Storyscapes,Tribeca’s innovation programme.

New York’s Tribeca Film Festival is one of the most prestigious in North America. It was founded in 2002 (by Robert De Niro among others) and screens over 200 films each year. This year’s festival will also feature conversations with Christopher Nolan, George Lucas and Stephen Colbert.

The much beloved Storyscapes will return to the well known New York film festival for its third edition. Creators, futurists, coders, and storytellers alike will gather at Tribeca Film Festival’s new creative hub for an exciting lineup of tech-driven events and groundbreaking interactive installations.

One of the five projects featured will be awarded The Bombay Sapphire Storyscapes Award, which recognises groundbreaking approaches in storytelling and technology.

Blast Theory artist Matt Adams will be speaking about Karen at Storyscapes on Saturday the 18th of April.

Storyscapes runs from the 16th-19th of April.

Also featured is Door In The Dark, created by Anagram, who started developing the project whilst working in residency at the Blast Theory studio. 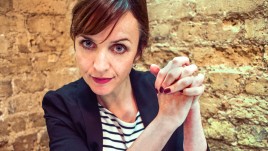 Who is Karen?
How can I download Karen?
Where can I find the privacy policy for Karen?
How will my data be used?
How do I download my data?
How do I request my data to be deleted?
How do I access my personalised Data Report?
If I restarted is there any way to view my report without playing through again?
Who made Karen and why?
How long does Karen take to play? 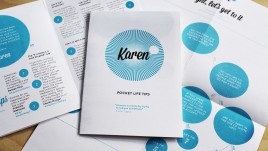 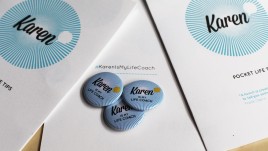 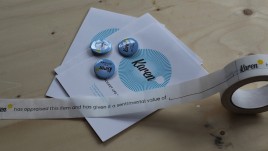