Performance / Audience / Film aims to look at the different relationships that are established between the artist and the audience within the realm of performance art, examining the role of the audience in relation to the completion and meaning of the work.

The exhibition runs from 26th March to 20th April. 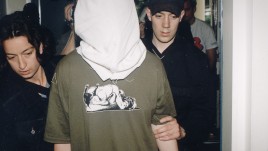