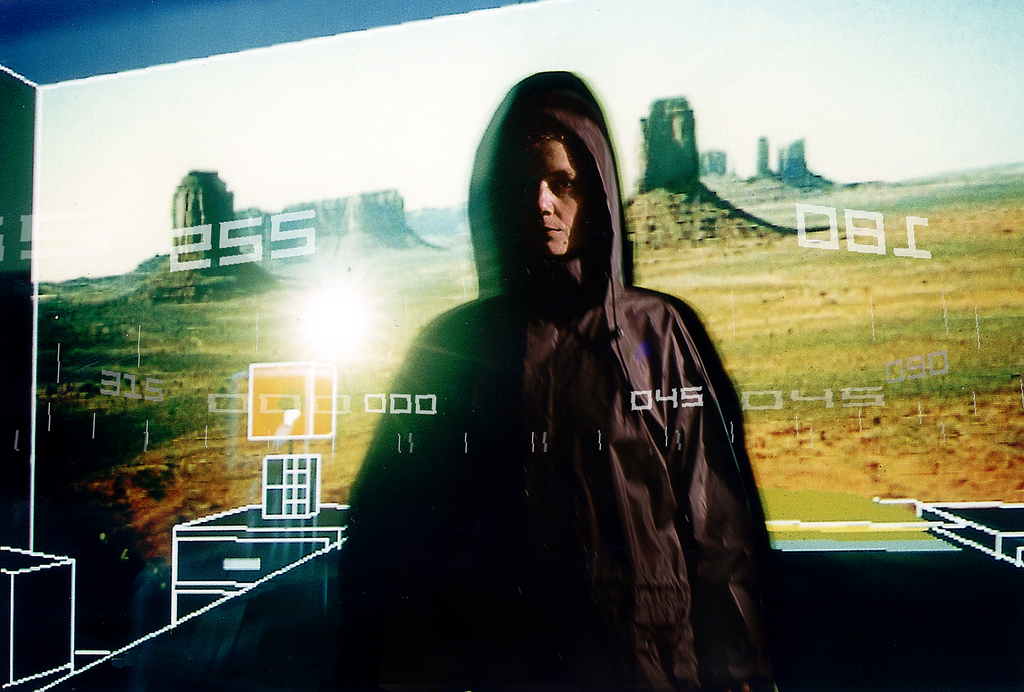 A couple of years ago, I tried to rob a bank. I spent a dusky early evening walking around the city, following instructions over my phone. I met up with a stranger in a desolate parking lot and together we planned how we’d execute the robbery. Just as we were about to enter the bank — my hand just reaching for the door — the job was aborted and we ran for it. I never saw the stranger again.

The bank robbery wasn’t real, though it felt very real at the time. I really did walk around the city and meet up with a stranger in a desolate parking lot; I really did walk up to the bank, heart beating, unsure of whether I would go through with it. I was playing a role within an immersive game developed by UK based company Blast Theory, which has been using play to test the boundaries of its audiences for the last 25 years.

Games are useful tools to do this. They are by nature escapist, but most games only ask us to escape into a world where we have even more power and agency. Blast Theory’s games do something different. They use conversation, psychology, and game mechanics to gradually lead us to a space where we feel not empowered, but uncomfortable. They encourage us to blur the lines of our own behaviour and morality, and then to reflect on what it feels like to transgress.

“In 1998, we ran a competition where the first prize and the second prize was to be kidnapped by us and kept for two days at a secret location,” explains Matt Adams, one of the three founders of Blast Theory. “Once we kidnapped Russell and Deborah, the winners, we put them in a safe house, and people could watch a video stream online of the room we kept them in.”

Even in these early days of the web, Adams could see how the internet would change the way we communicate: “Online viewers could message the hostages and each other, and that was the first time that I saw the strange behaviour that distant messaging and anonymity provides. There are codes that people play with — codes of behaviour. There were all these anonymous people who don’t know each other testing us and the system out. We saw that insane impatience of the internet, where people say something and if you don’t answer, they immediately log off. It’s like that means, ‘If you don’t comply with what I’m doing, I’m gone.’”

The idea that we play roles when we go online—that we project versions of ourselves and test the reaction from others—is obvious now, but it wasn’t when Blast Theory created Kidnap in 1998. This was before Twitter, before Facebook, even before Big Brother, the TV show that turned watching strangers test their social boundaries into mainstream entertainment.

All games give us superpowers, but these are normally tools that work outwards, to help us dominate the game environment. In Blast Theory’s games, players are given tools that work inwards, asking them to test the boundaries of their own sense of self, identity, and control. 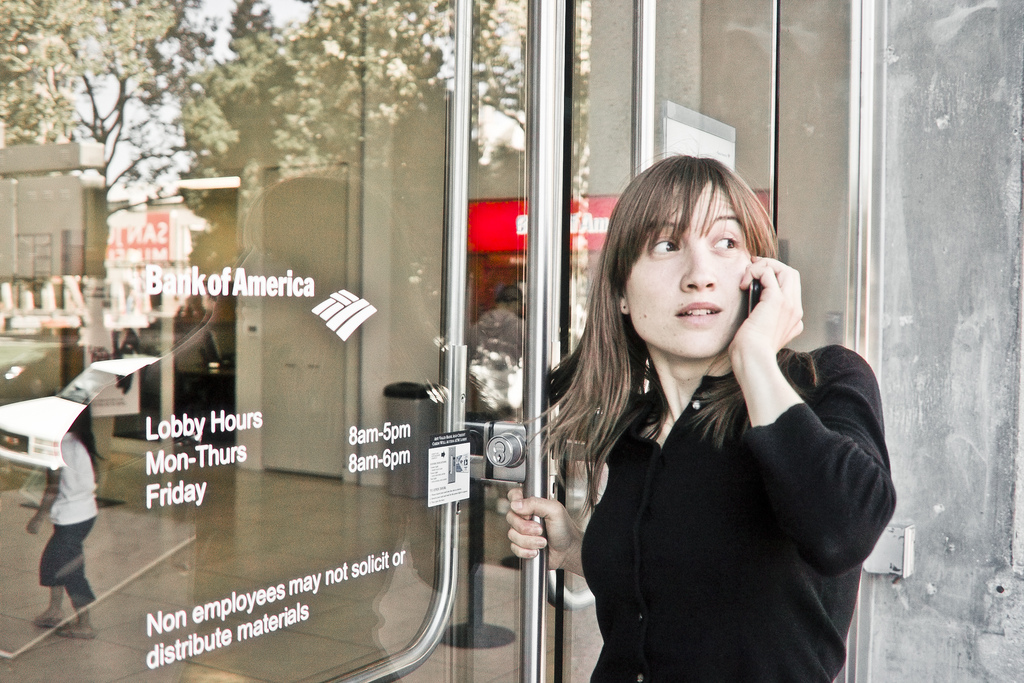 “There is quite a lot of language in our work that exerts control over you, that aims for control with its tone,” Adams tells me. “In A Machine to See With, a work we made about bank robbing, it says, ‘You are going on a bank robbery, and your face shows no sign.’ We’re trying to set up a tension between what that voice claims and what you are actually doing. It’s giving you an invitation to assume the role being placed upon you, or to take some sort of productive resistance to that. In all of our games, we’re always trying to allow for both things to be possible.”

When I played A Machine to See With there were times when I felt like I’d just stepped out of (or perhaps into) a movie, and everything was transformed into fiction. The other pedestrians were extras and I was the hero. But there were other times when I felt more like a subject in a psychological experiment.

At one point, I was told to go to an empty stall in a public bathroom, and then to take all my money out of my wallet and stuff it into my shoes. I felt shifty and desperate — I didn’t know why I was doing this, but didn’t feel like I had the ability to say no. I asked Adams how people play his games — do they follow the instructions they’re given, or do they rebel?

“It’s difficult, because even with the classic Milgram experiment where people are being invited to turn up an electrical charge, to electrocute someone — even in that setting, there is a meta setting outside that, which is that it’s an experiment of some kind, and that the people themselves understand that it’s an experiment. Within the experiment, different rules apply than in reality, and we have exactly the same in our work.”

In Blast Theory and Hydrocracker’s Operation Black Antler, where participants are asked to infiltrate a protest meeting at a local pub, you’re put in the position of a police officer going deep undercover, and potentially losing your identity as a result. The work was inspired by the story of Bob Lambert, an undercover police officer who ended up fathering a child with one of the members of the campaigning groups he was targeting.

Operation Black Antler starts in a police briefing room, where you’re teamed up with strangers, asked to develop a cover story, and to invent your characters’ attitudes to subjects like immigration, welfare, and nationalism. This feels like a fun game in the briefing room, especially if these views are diametrically opposed to yours (one member of my team actually worked for a project finding social housing for refugees). Then you go the pub and have to start to engaging strangers in conversations. You start clumsily, trying to bring up sensitive subjects too quickly. 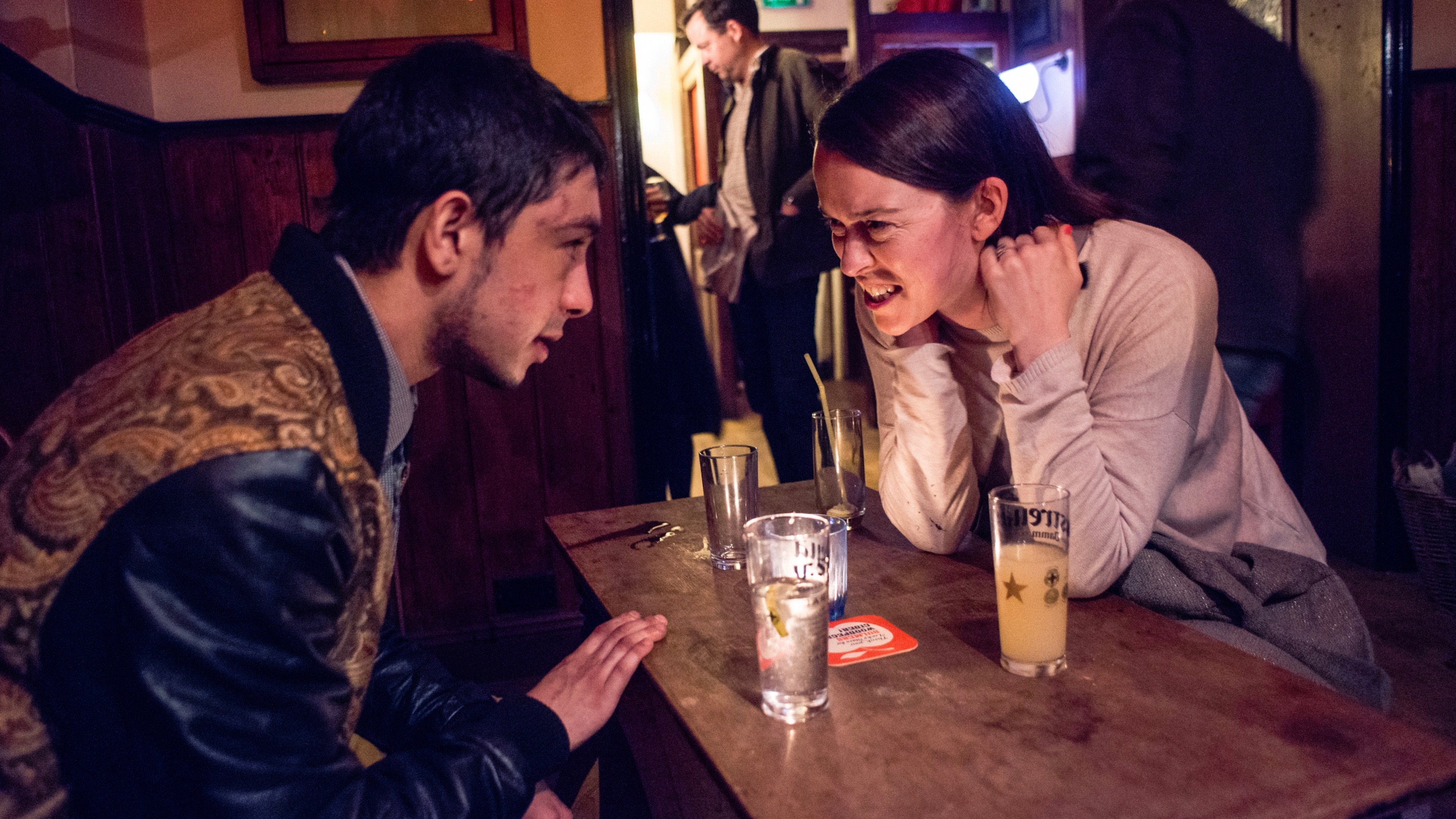 But eventually, as the night goes on, you end up in deep conversation with the actors playing members of the protest group, and find yourself saying things that feel truly transgressive. You know this is a game, and you’re only saying what you are to gain their trust and get the info, but it’s shocking how easy it is to fall in with the group. Word by word, conversation by conversation, a line is crossed.

“It’s about all of those subtle codes of conversation we have with other people,” Adams tells me when I ask how they structure works like Operation Black Antler. “We all have incredible antennae for conversational codes, and these then become resources that you can play with.

You see it all the time on social media. People will post ‘FML,’ and it’s just an invitation for someone among their friends to go, ‘Oh, what’s up? Had a bad day?’ You might as well wave a flag saying, ‘Talk to me,’ when you use those kinds of shorthand. These all become really rich, interesting ways to write. And from those conversational codes we can explore how the large political themes of today, such as immigration, are inscribed in an exchange between two strangers in a pub.” 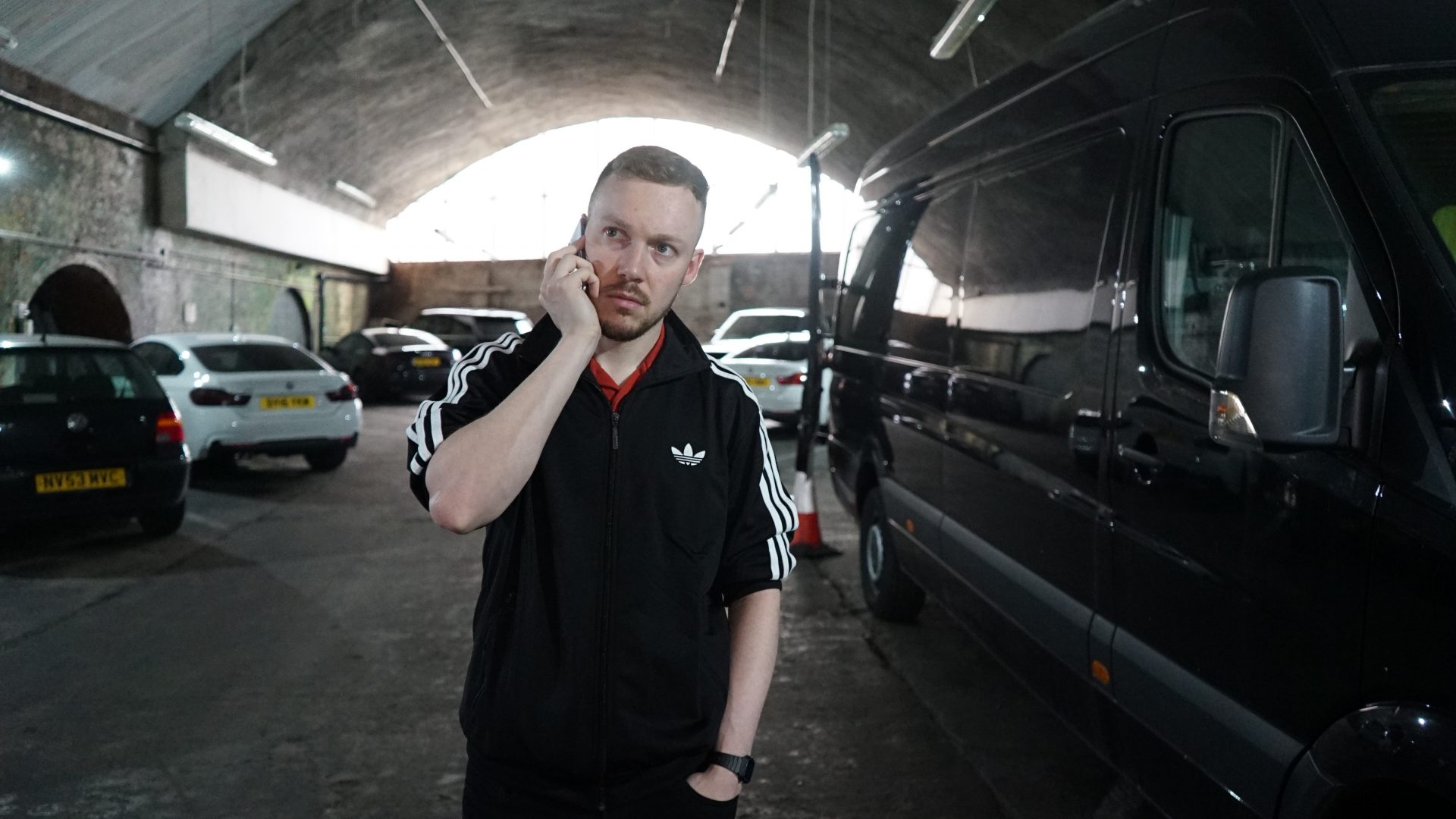 Perhaps this is how we end up crossing our own moral boundaries — not with one giant stride, but with lots of small pigeon steps, each one seemingly OK within its own specific context. And then we look up, and we’ve moved a long way from where we thought we were.

Conversation on social media is increasingly binary, polarised between filter bubble affirmation and trolling from strangers. It’s become almost impossible to subtly test boundaries, to have conversations that expose us to other viewpoints. Your identity is carefully crafted, every photo, tweet, or update weighed against the person you think you are performing online. Then algorithms amplify this conservatism, showing us more and more stories that make us think the world really is like this, and anyone who disagrees is just plain wrong.

Games are a space to explore wildly different behaviours and identities, but precious few use this space to ask us to reflect on ourselves. It’s so far from the mainstream culture of games that this kind of work is sometimes dismissed as “serious games”— a title that damns anything that deviates from pure hedonistic play. 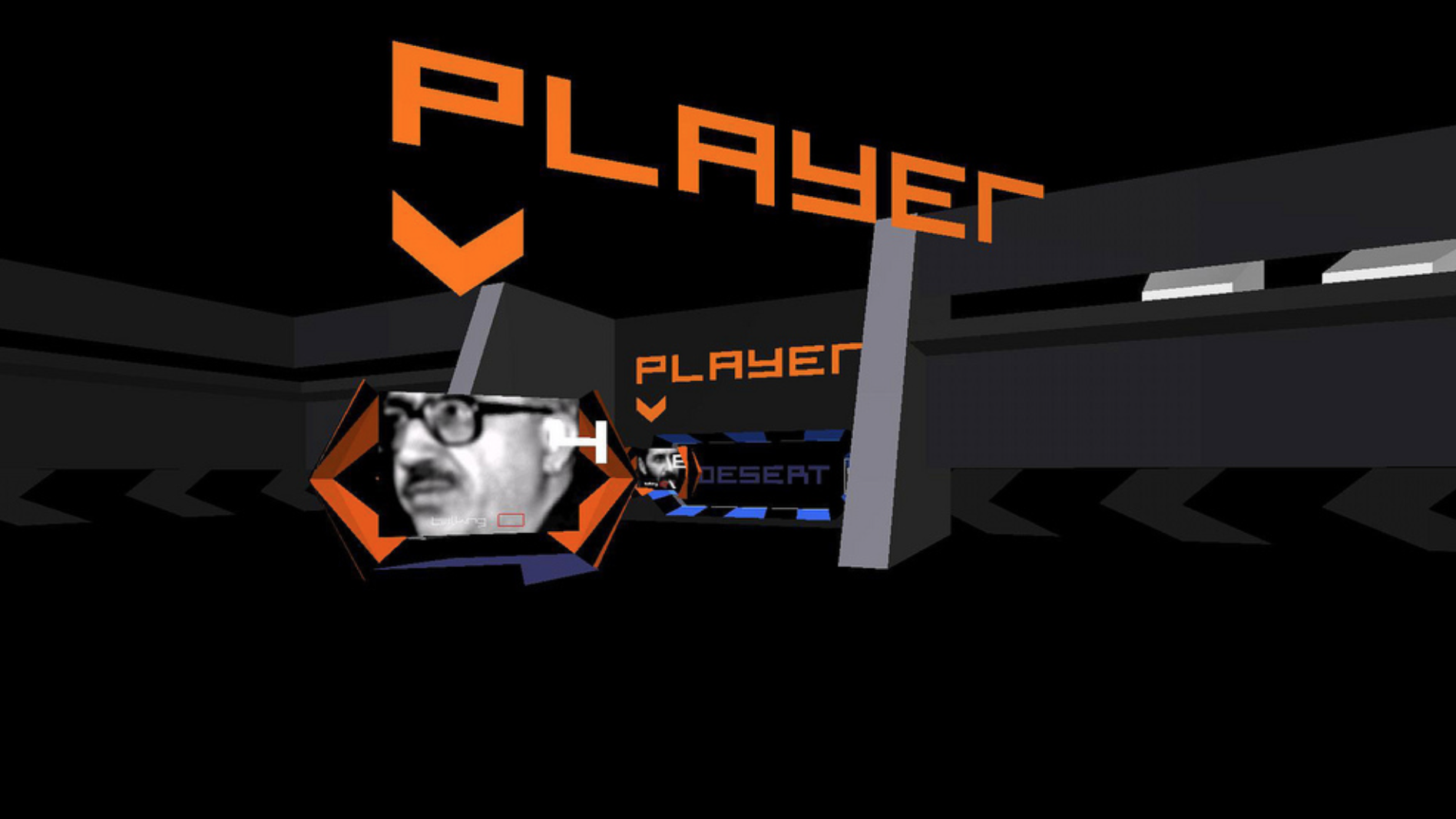 A mission into a virtual world. Desert Rain, 1999

Blast Theory’s games are more often classed as theater, alongside other hybrid experiments like National Theatre of Wales’ Bordergame, in which audiences played the role of refugees trying to escape persecution into a new country.

Maybe these are the games that we need right now — not about superpowers, but about the politics of power. After a decade of social media that has encouraged us to project ourselves outwards into digital networks, we need games that ask us to look inwards. We need more games about power, about complicity, about who has responsibility and who has control. Games that ask us to look hard at ourselves and what we believe in. Because sometimes, when you do this, you won’t like what you see.

This article was originally published in How We Get to Next.

Spit Spreads Death: The Parade
A Cluster Of 17 Cases: Installation
Bloodyminded
Gift
My Point Forward
2097: We Made Ourselves Over
Operation Black Antler
Branch
My One Demand
Karen
Too Much Information
Act Otherwise – The Invisible Hand: On Profiling and Personalisation
Blast Theory
Dial Ulrike And Eamon Compliant
The Thing I’ll Be Doing For The Rest Of My Life
Act Otherwise – Art and Ethics
Hurricane
Stampede
Kidnap
Can You See Me Now?
Uncle Roy All Around You
I Like Frank
Day Of The Figurines
Rider Spoke
Prof Tanda’s Guess-A-Ware
Gunmen Kill Three
Desert Rain
Ivy4Evr
A Machine To See With
Riders Have Spoken
Fixing Point
Blast Theory Bless Practice
Ulrike And Eamon Compliant
I’d Hide You