X Close
We are truly delighted that Blast Theory has been awarded Gold in the 2020 AAM Media & Technology MUSE Awards in the category of ‘Video, Film, Animation, & Live Media Or Digital Performance’ for our work last year Spit Spreads Death: The Parade.

This was an extremely innovative use of the medium given its defined purpose, audience and context. The organizational effort around community involvement was exemplary and inspiring. Its impact on the museum field could be significant as it demonstrates new ways to access or reuse information and resources to make an impact in the local community. Documenting the live event and providing the background information with images/rigorous research and interviews was excellent.

Spit Spreads Death: The Parade (2019) took the form of an interactive parade of light and sound on the streets of Philadelphia. The work commemorated the individuals who lost their lives in the 1918 flu pandemic, and the health workers who put their own lives on the line in times of crisis.

Hundreds of citizens from across the city – and beyond – each chose one person to honour who died on the deadliest day: 12th October 1918. They paraded with the death certificate of that person. And one by one, took a moment to stop walking as the parade flowed past them. For a few moments, they stood alone between two of the large sculptures in a corridor of blinding white light.

Read more about the work and watch the film of the parade here.

The 2020 AAM Media & Technology MUSE Awards is awarded by the American Alliance of Museums.Read more about the awards and past winners.
Share This
Back to archive

The things that made us: Front of House

The things that made us: A tech run with no tech 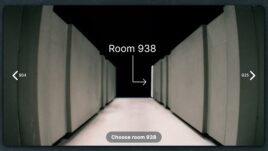