Operation Black Antler has been nominated for the best Ensemble cast at the 2018 Manchester Theatre Awards.

Taking place at HOME and secret locations in Manchester in May 2017, this was the third outing for this production, with 15 local Ensemble cast members working alongside a further cast of 7 to deliver this highly immersive show. We couldn’t make the work without them and are delighted to see they’re recognised through this award nomination.

Best of luck to our incredible Ensemble:

Operation Black Antler is an immersive theatre piece that invites you to enter the murky world of undercover surveillance and question the morality of state-sanctioned spying. It is a joint work between Hydrocracker theatre group and Blast Theory.

Manchester Theatre Awards will be held at the Lowry’s Quays Theatre on Friday 9 March, hosted by actor and comedian Justin Moorhouse. Operation Black Antler is up for the award alongside the musical ‘Oh What a Lovely War’ by Joan Littlewood and a new version of Aeschylus’ ‘The Suppliant Women’ by David Greig.

Co-commissioned by Ideas Test and Brighton Festival, Operation Black Antler has been developed with support from Arts Council England, The Chalk Cliff Trust and in partnership with Dramatic Resources. 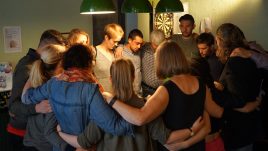 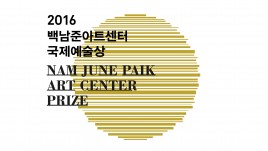 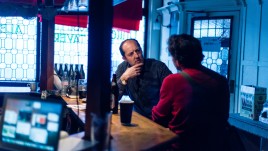