Players explore a mixed reality city and collaborate to find Uncle Roy's office before being invited to make a year long commitment to a total stranger. 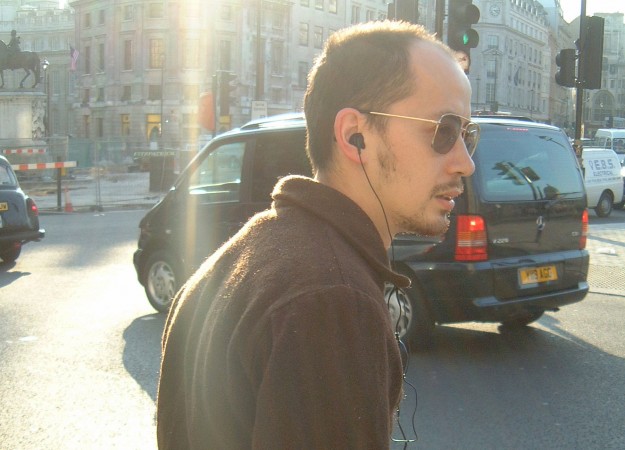 The city is an arena where the unfamiliar flourishes, where the disjointed and the disrupted are constantly threatening to overwhelm us. It is also a zone of possibility; new encounters. Building on Can You See Me Now? the game investigates some of the social changes brought about by ubiquitous mobile devices, persistent access to a network and location aware technologies.

The following text describes the work in June 2003 at the world premiere at the Institute of Contemporary Arts, London. The work was changed significantly in subsequent presentations.

Street Players buy a ticket and then are shown to the registration desk. They have their photo taken and hand over all their possessions: phone, purse, bag, loose change, etc. The Street Player receives a unique code, which they enter into their handheld computer thus triggering the 60 minute countdown to begin.

Having been told they must meet Uncle Roy within 60 minutes, Street Players take their handheld device out onto the streets. Their device shows a map and the names and positions of Online Players. The map can be dragged around to show other areas and can zoom in or out. A button marked: “I’m lost” is always available. Once outside, they receive a message from Uncle Roy. It says:

“Meet me in the park by the lake. I’ve marked your map with the location. Click on the “I’m here” button to confirm you’ve arrived and I’ll come to meet you.” A red dot indicates the meeting place.

Online Players are moving around a virtual city which correlates exactly to the real city. They too are sent on a mission to meet Uncle Roy. They can view photos of the real city by going to the corresponding location in the virtual city and clicking on an icon. Initially they can chat with other Online Players but cannot see or contact Street Players.

When the Street Player first declares their position (by clicking “I’m here” on the handheld computer) their avatar appears in the virtual world at that location. Their card becomes visible to Online Players: it shows their name, their photo and a brief description of their clothes. The Maps app works best when you activate all of your Android tablet’s location technology. It’s a good idea to turn on all available location settings. From the Apps drawer, open the Settings app. In the Settings app, choose the Location item to view the Location screen. On some gaming tablets , touch the Connections tab and then choose the Location Services item to view the settings.

After the Street Player arrives at the first location, Uncle Roy sends another message. It says: “There’s something I want you to do for me. Start heading north into the West End. I will contact you as you go.”

When the Street Player declares their position, Uncle Roy replies with context specific directions, e.g. “Pay no attention to the street cleaner with long gray hair. Find a dead end and follow it.” After a time these directions become less context specific and more direct, e.g. “Go to 12 Waterloo Place and ring the bell marked Roy”.

Online Players can assist Street Players by matching photos and Uncle Roy’s comments and then passing relevant information to the Street Player, e.g. “The door to Uncle Roy’s office has a metal grille”.

When the Street Player arrives at the Office they ring the buzzer. The glass door slides open and gives them access to the deserted office.

Inside the room is an architect’s desk, a chair and the rest of a typical executive office of the 1970s. Radio 4 comes from a Roberts radio. A blood red vinyl chair sits on the thick brown carpet. Black metal shelves hang on the dark olive green walls. A model of the surrounding city made of Post It notes sits on the desk: on a monitor nearby is an Augmented Reality display showing the Post It note city populated by all current Street and Online Players.

Online Players are informed that the Street Player is in the office and are invited to join them. Once in the virtual office, they see the Street Player on a live web cam. They are asked a series of questions culminating in: “Somewhere in the game there is a stranger who is also answering these questions. Are you willing to make a commitment to that person that you will be available for them if they have a crisis? The commitment will last for 12 months and, in return, they will commit to you for the same period.”

If they agree, the Online Player is invited to enter their postal address. Once they have completed the questions they ‘enter’ the office and can see the web cam showing the Street Player.

On the desk is a postcard with “When can you begin to trust a stranger?” printed on it. Via the handheld device Uncle Roy asks the Street Player to answer the question and keep it with them as they walk outside to a nearby phone box.

Once they are in the phone box they receive a call instructing the Player to get into the back of a white limousine parked across the street.

A man gets into the car and asks the Street Player the same series of questions that the Online Player has answered.

Meanwhile the Online Player emerges from the virtual office back into the virtual city. Their experience has no definite end: they can choose to chat further with Street Players, to go into the office a second or third time or to log out.

Street Players are loaned Personal Digital Assistants (PDA) to play. The game has no GPS or other location based technology; instead it infers players positions based on which part of the map they are looking at on their PDA.

Uncle Roy All Around You premiered at the Institute of Contemporary Arts in London in June 2003 and has since been presented at Cornerhouse in Manchester, in collaboration with Digital Summer, and at The Public in West Bromwich as part of Fierce! festival. It is a collaboration between Blast Theory and the Mixed Reality Lab, University of Nottingham, with support from British Telecom, an Innovation Award from the Arts & Humanities Research Board, Equator and the Interdisciplinary Arts Department of Arts Council England through the National Touring Programme. 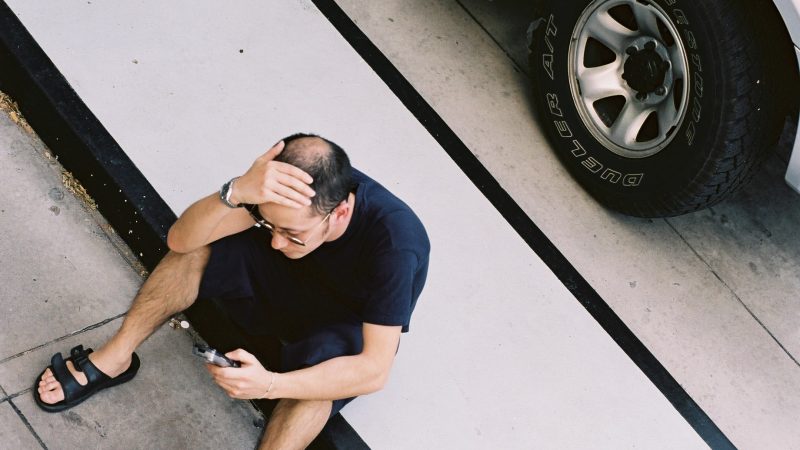 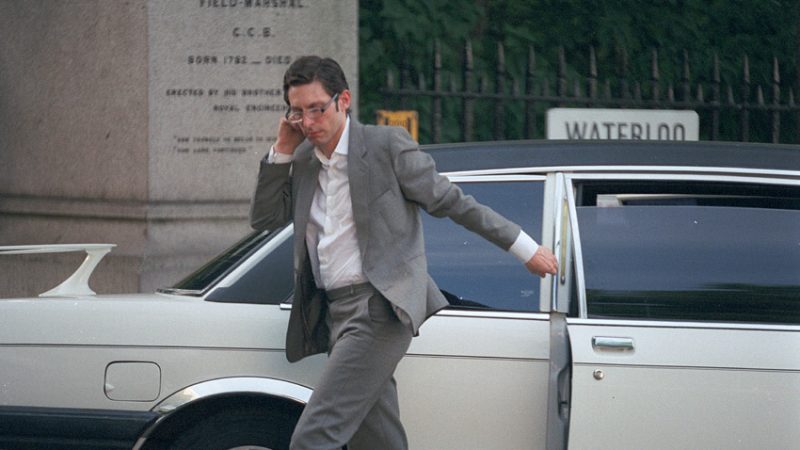 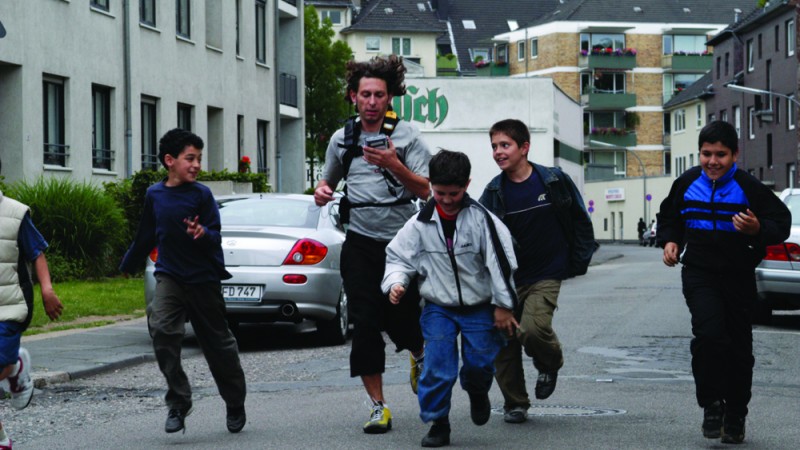 Read about Proximity and Alienation in our Work

Can You See Me Now? – Installation